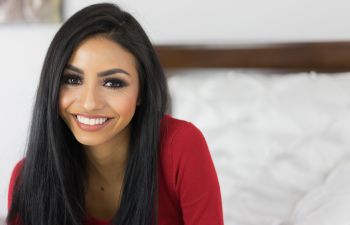 The sleep apnea stereotype is that of an older, heavyset male whose snoring rattles windows and sends his wife into the guest room to try to get some sleep. Although this picture fits for many sleep apnea patients, it is by no means the only representation. Women also suffer from sleep apnea and they, like men, are not always overweight. Nor do all sleep apnea sufferers snore.

A little over a quarter of the general adult population suffers from sleep apnea, according to the American Academy of Sleep Medicine. Most of these people are between the ages of 30 – 70 years old and men are twice as likely to have it as women. Unfortunately, even though women have the disorder half as much as men, men are eight times more likely to be diagnosed. That means many women are not getting the diagnosis, and therefore, missing the treatment they need.

Women will talk to their primary care physician about symptoms of sleep problems, but are less likely to speak with a sleep specialist. If the woman does not fit the preconceived notion of being very overweight, sleep apnea may not be considered.

In many cases, a woman is more likely to receive a prescription for an antidepressant than a referral for a sleep study. Also, men are less likely to observe their bed-partner’s sleep disturbances.

There are risk factors of which you should be aware if you are a woman who experiences the above symptoms.

Sleep apnea can leave you feeling lethargic and unrefreshed when you wake up. If you experience morning headaches and are tired most of the day, talk with a sleep specialist to find out if sleep apnea is to blame. Schedule an appointment with Atlanta Sleep Apnea Treatment Center and get back on the road to refreshing sleep.